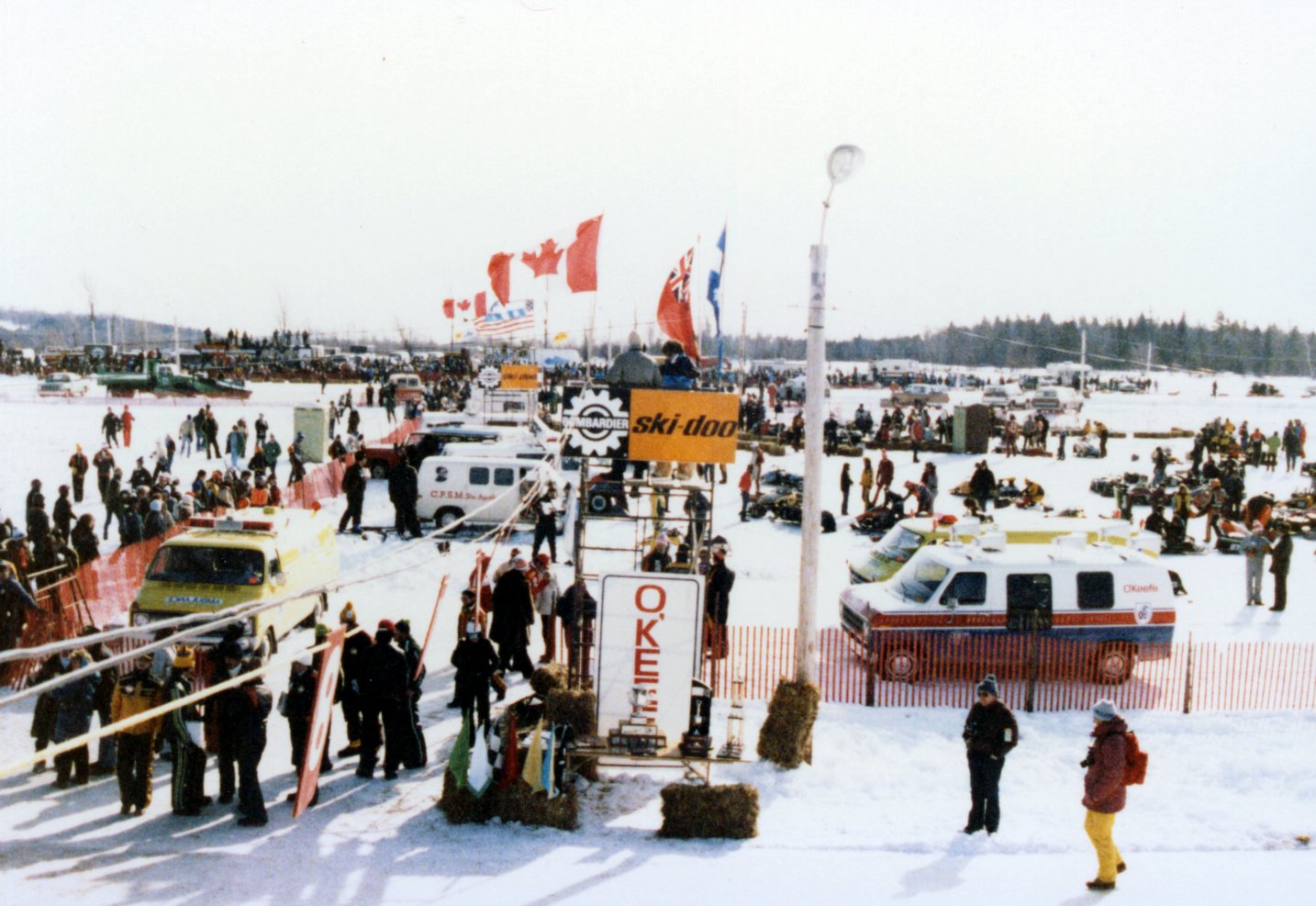 It is difficult to believe that climate change was part of the formation of the GPSV. Yet it is. Indeed, already at the end of the 1970’s we noticed a warming of the planet. Many will recall the concern we had at the time about the impact of Mother Nature’s whims on the sport of snowmobiling. Then all of a sudden, North America had two winters, (1980 and 1981) with no snow cover. Some birds of doom began to cry the death of the snowmobile.

It was then that the Federation des Clubs de Motoneige du Québec (FCMQ) took the initiative to organize an even bigger assembly of world-wide snowmobilers for the winter of 1983. After testing the market, the FCMQ organized an assembly of snowmobilers in February 1982, in Sherbrooke. The response from the community of snowmobilers was excellent. The success of the event encouraged the administration of the FCMQ to open up for an adventure of a major event in 1983. It was still to be decided the final destination. After a meeting with the municipal authorities of Valcourt, it was decided that Valcourt was a consistent and exceptional site with the following facilities.

Thus, in the spring of 1982, a meeting was held with the FCMQ, Bombardier Inc., and the City of Valcourt, to put down the foundations of the major event in Valcourt in February 1983.

Every effort had been made so that snowmobilers could get to the first edition of the GPSV. A network of tourist trails was put in place in 1983 and a map of the main trails used by snowmobilers was available to ensure everyone’s safety.