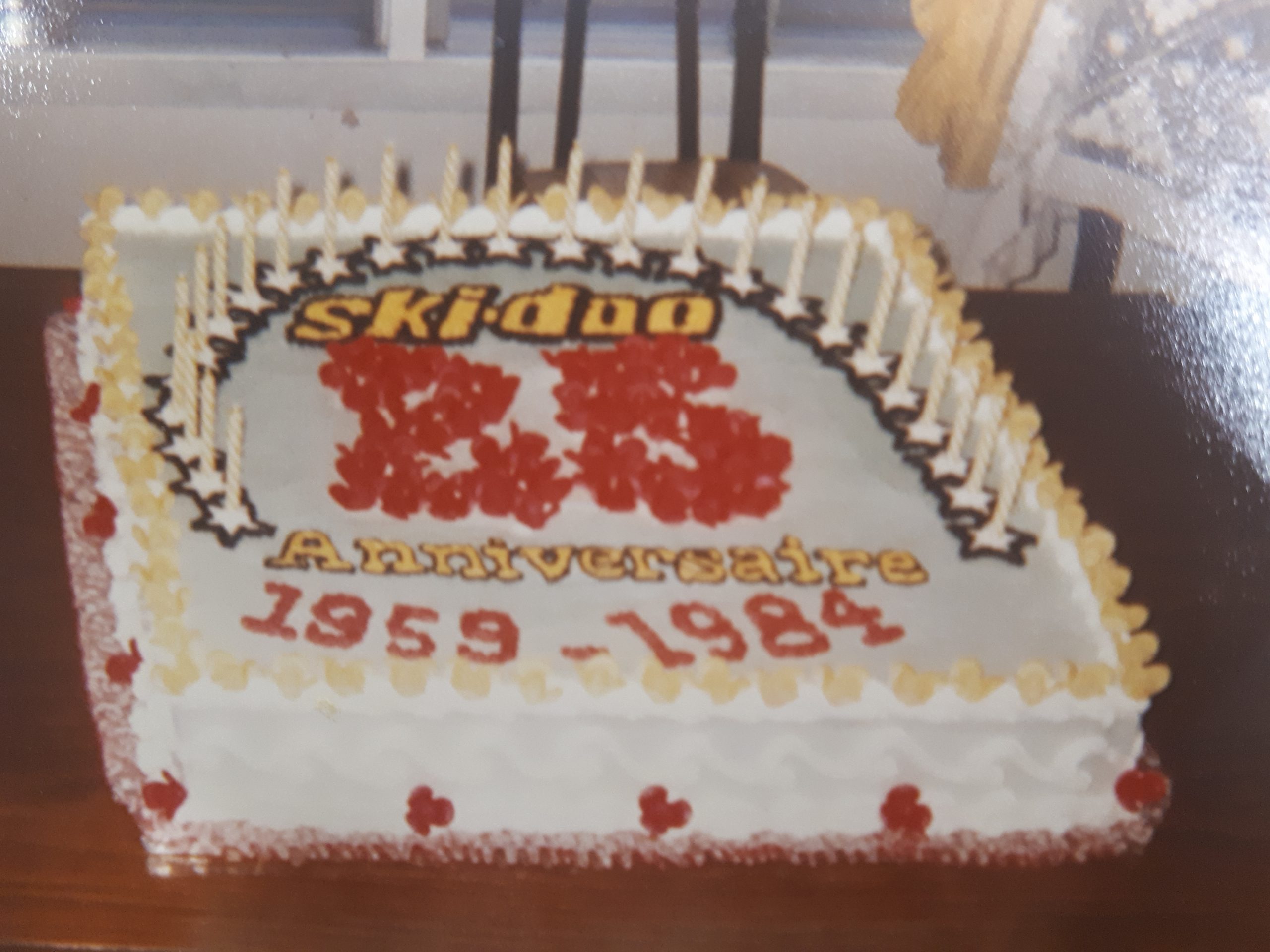 The second edition of the Festival International de la Motoneige (FIM) was to be celebrated with the 25th anniversary of the snowmobile! The family aspect of the sport of snowmobiling took an important place, and the president at the time, Lawrence Langevin was happy to announce that the honorary president was going to be Mr. J.R. Andre Bombardier, son of the inventor of the snowmobile, Joseph-Armand Bombardier. With the acceptance of the honorary president of the FIM in 1984, Mr. Bombardier declared that he was particularly touched by the position being given to him. He recognized that his position coincided with the 25th anniversary of the invention of the snowmobile by his father, and that the festival was to take place on the same site where his father invented and developed the snowmobile in Valcourt. Mr. Bombardier added that, “the experience acquired by the festival of last year, which was a grand success, we will have an event this year unlike ever before”.

When it was time for the festival, the honorary president declared that the FIM of 1984, would have a touch of family aspect in the sport. Since then, it was decided that the activities would be accessible for all. Even the youngest and the unfamiliar can safely learn the basics of this sport while discovering the pleasures of snowmobiling. 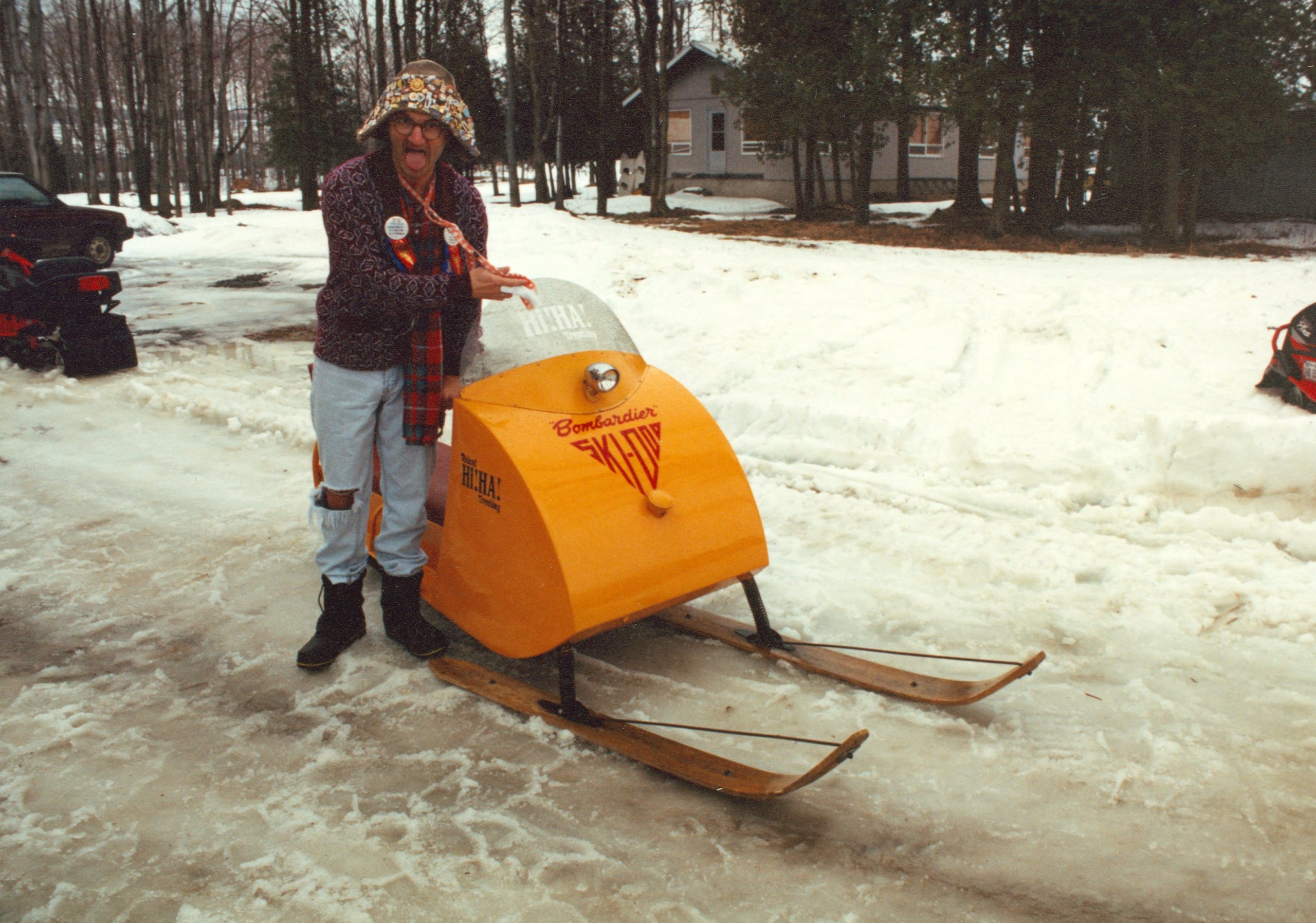 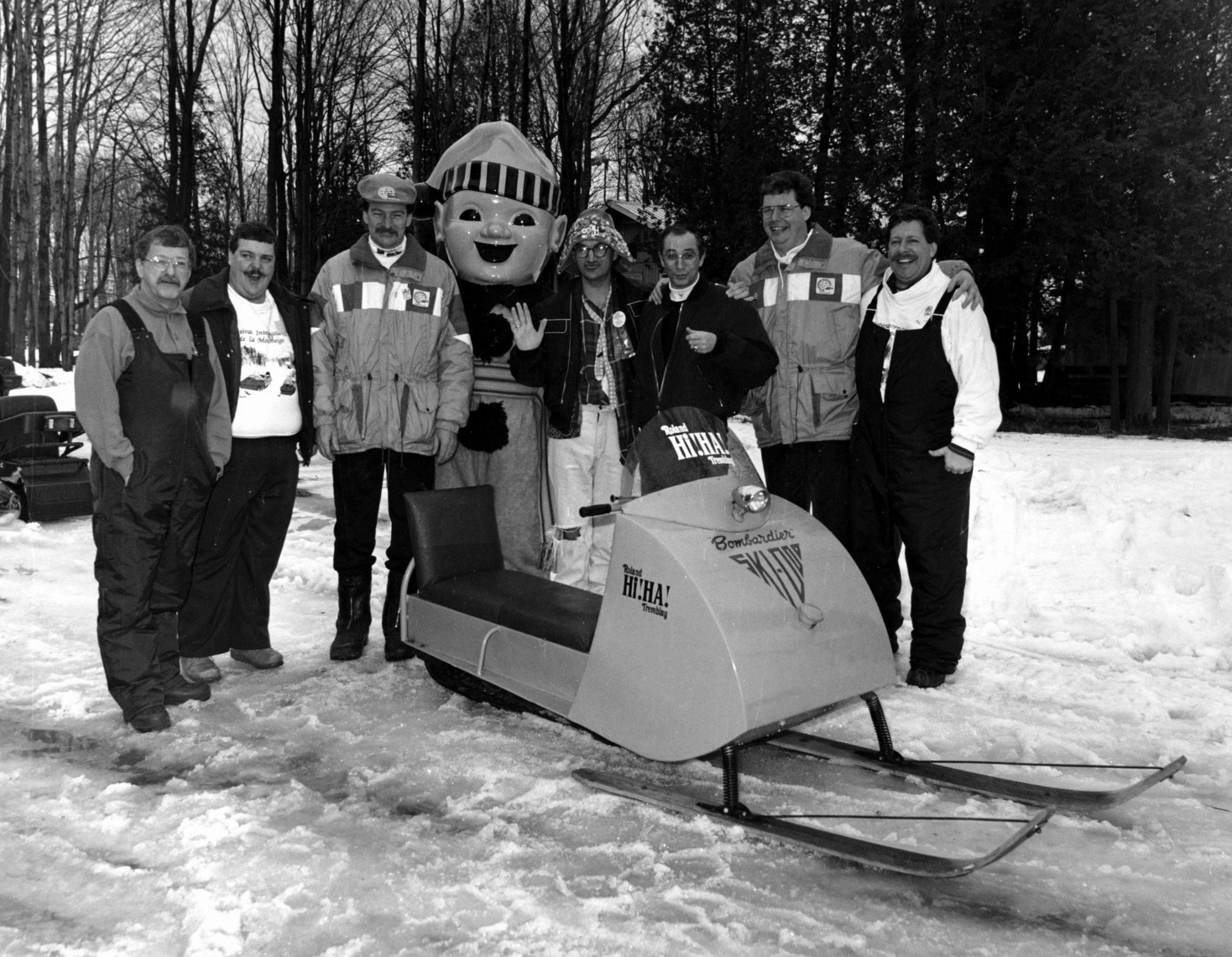 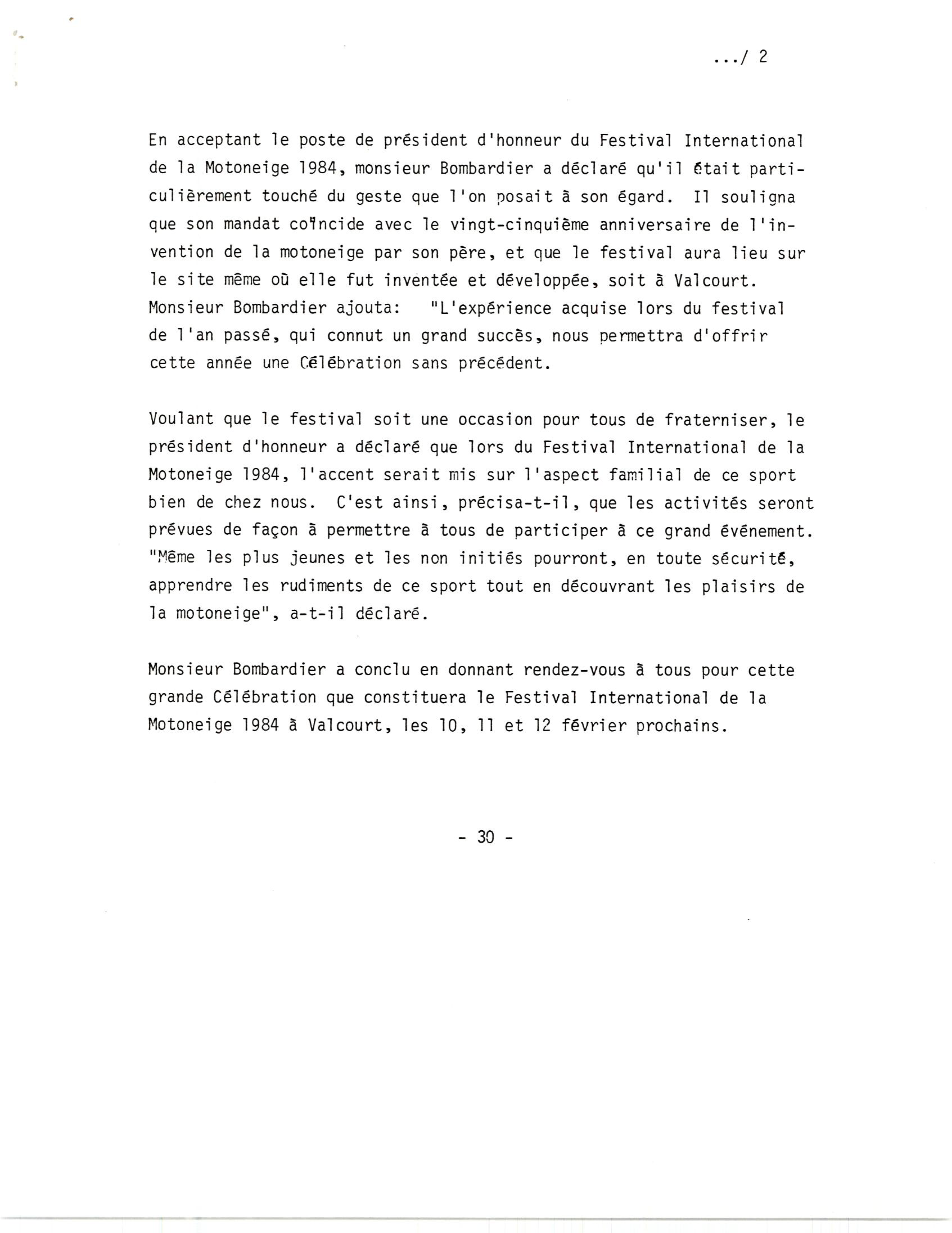 Mr. Andre Bombardier, a well known businessman and well-known personality, has been closely associated with the snowmobile industry for years. Nonetheless, he was the son of the inventor of the snowmobile. Even more, he was a lead snowmobiler, and had a large participation and influence on the industry. To know more: Communications release 1984